Mid-century modern is an architectural, interior, product and graphic design that generally describes mid-20th century developments in modern design, architecture and urban development from roughly 1933 to 1965. The term, employed as a style descriptor as early as the mid-1950s, was reaffirmed in 1983 by Cara Greenberg in the title of her book, Mid-Century Modern: Furniture of the 1950s (Random House), celebrating the style that is now recognized by scholars and museums worldwide as a significant design movement. 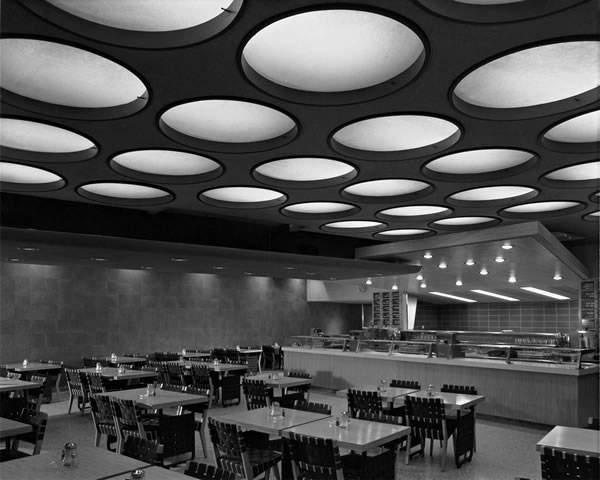 After World War II, residential architecture was designed to be simple and built quickly: usually one-story tract homes that emphasized horizontal lines; lots of windows; an easy, open flow from room to room; and a smooth transition from indoors to outdoors. Furniture design reflected the clean, unfettered look of houses, with curves, polymorphic and geometric shapes replacing any busy or highly ornamental details.

Multipurpose became a catchphrase” and addressed the needs of modern life, writes Greenberg in Mid-Century Modern.
This new furniture stacked, folded and bent; it was rearrangeable and interchangeable; it nested and flexed. Chairs were designed to be pressed into service for a dozen different reasons. Tables were nonspecific, for eating, writing, or playing cards.

To go along with these new “casual living”, home furnishings and lifestyle products, gadgets and appliances included items like barbecue sets, toasters, broilers, mixmasters, bicycles for every family member, hi-fi’s, record albums and easy storage for all this new stuff.
Mid-Century modern collectibles range from furniture and architectural fixtures to accessories like lamps, clocks and artwork and glassware.

The Sixties
The style had an ideological crisis in the sixties: some of the designers rediscovered rationalism while others moved on along the lines of playfulness and irony. The second part of the decade saw the growing importance of social responsibility and the events of 1968 led the -by then a bit elitist- industrial design to self-examination. The most important designers of the era are Charles and Ray Eames, George Nelson, Raymond Loewy, Gio Ponti, Achille and Pier Giacomo Castiglioni, Arne Jacobsen, Verner Panton, Tapio Wirkkala, Eero Saarinen, Harry Bertoia, Isamu Noguchi, Eero Saarinen and Hans Wegner.